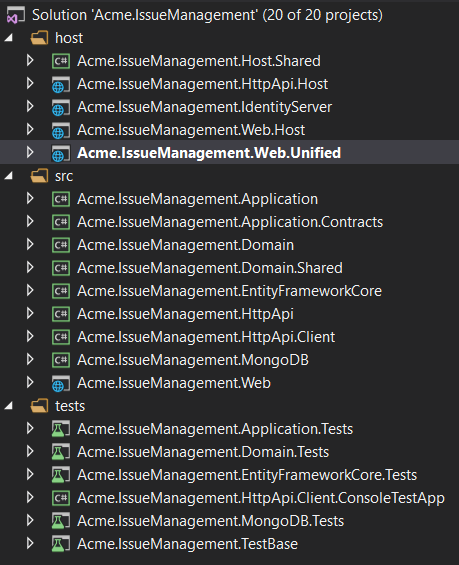 Set it as the startup project, run Update-Database command for the EF Core from Package Manager Console and run your application. Default username is admin and password is 1q2w3E*.